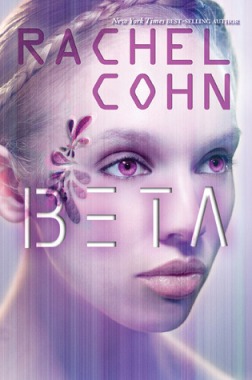 Elysia is created in a laboratory, born as a sixteen-year-old girl, an empty vessel with no life experience to draw from. She is a Beta, an experimental model of a teenage clone. She was replicated from another teenage girl, who had to die in order for Elysia to exist.

Elysia’s purpose is to serve the inhabitants of Demesne, an island paradise for the wealthiest people on earth. Everything about Demesne is bioengineered for perfection. Even the air induces a strange, euphoric high, which only the island’s workers–soulless clones like Elysia–are immune to.

At first, Elysia’s life is idyllic and pampered. But she soon sees that Demesne’s human residents, who should want for nothing, yearn. But for what, exactly? She also comes to realize that beneath the island’s flawless exterior, there is an under-current of discontent among Demesne’s worker clones. She knows she is soulless and cannot feel and should not care–so why are overpowering sensations clouding Elysia’s mind?

My review in 200 words or less

I have mixed feelings about Beta. On one hand, it was full of intriguing ideas: the notion that in order to create a clone, the original human had to die, their soul extracted; the concept of a man-made paradise where even the air is pleasurable to breathe and the water makes you appear more youthful; seeing this world through the eyes of a programmed, unfeeling clone.

On the other hand, the book just seemed to fall flat. While initially, Elysia’s narration and observations were charming and entertaining, they quickly became boring. On top of that, for a good two-thirds of the book, it seemed like nothing was really happening. I felt like I was mostly just reading a report of events that transpired in a boring person’s everyday life, with nothing really explained.

In addition, the fact that others were making serious decisions for Elysia, continually robbing her of agency – even near the end – really rubbed me the wrong way. One of the surprises at the end almost makes me want to read the next one, but I will probably pass. This book didn’t capture me the way I had hoped it would.

[NOTE: I read this book as an ARC, borrowed from my sister, who receives many, many awesome things in her mailbox.]

My rating: 2 out of 5 stars
More of Beta: goodreads | amazon